Without any long openings, we’re going to introduce you to a unique line of ice chests which I personally believe is not something you’d usually witness. 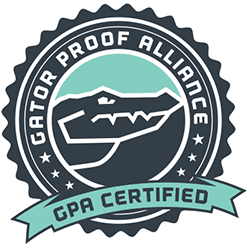 The KULA Coolers line did a great job making different, innovative and extremely durable coolers. They are nothing near the copying known to this industry because first; they’re round and second; they are “the only product certified by the Gator Proof Alliance (GPA)”.

At first, you might feel a little hesitant looking at a bright round cooler because is not the “norm”. After Yeti’s huge success, everyone wanted to follow their lead and do exactly what Yeti did in an attempt to accomplish the same result. On the other hand, KULA decided to go the other “round” and find something that’d make their coolers worth your while.

In this KULA Coolers review, we’ll try to depict all features and aspects that contribute to making them as special and unique as they are.

As briefly mentioned earlier, KULA made both hard and soft coolers. However; it’s a total of 4 coolers only; 2 of which are hard, the other 2 are soft. 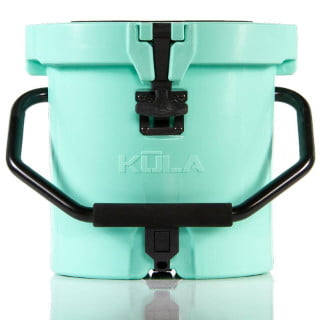 This is the nearest thing a hard cooler can get to being a personal one for a day drive, a day on the beach, or a small backyard BBQ party where all you need is some drinks and good company.

The greatest thing about this cooler is the Tap feature which will allow you to load up to 2.5 gallons (9.5 liters) of your favorite beverage and serve it anywhere you go. 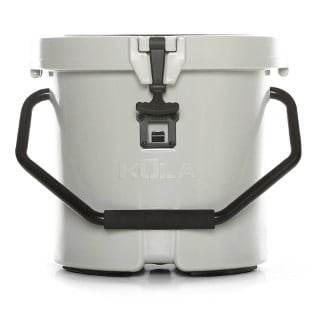 This one here is obviously the bigger brother with the capacity to hold up to 5 gallons (19 liters) for larger parties with more drinks and longer quality time.

The KULA 5, however, is tap-less which is quite comprehensible given the cooler’s size. 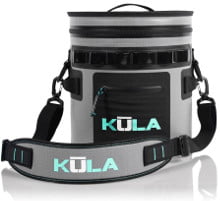 Now this is something I’d call the ultimate personal cooler. It’s the perfect companion for all different activities and uses; you can load the Softy to cover for a “snacky” day in the workplace, a trip or a hike, and of course it’ll serve you just right when surrounded with loved ones because it can handle 2.5 gallons. 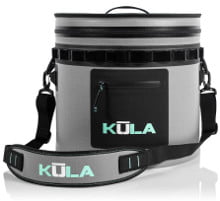 KULA made a soft version that can hold the same content capacity as the hard one. This cooler is great for a day out with friends or family where you can easily pack enough sandwiches and drinks for everyone.

The advantage here is that the so called Softy is a light weight cooler that can handle tough and wet circumstances as good as a hard cooler.

The reason why we are going wild for these KULA coolers is the awesome fact that they’re not only round and Gator Proof, but also that they’re roto-molded. KULA used Gatorshell® Food Grade PE Plastic to build their hard coolers and the result was nothing but outstanding.

These coolers can survive a gator’s jaw, which is one of the strongest in the animals’ kingdom, without any real damage while keeping your goods fresh and healthy during a whole long day of being outside doing what you gotta do.

Also, the end production KULA is one of the best in the market; the details are super neat, the features are perfectly added to the roto-molded body and the materials used to make them are simply top notch.

In terms of design, KULA got themselves one of the coolest designs we’ve ever come across which is something completely different and new.

Both the hard and soft coolers are round from head to bottom offering a different storage experience that’s not found anywhere else.

Having reviewed a decent number of cooler brands and then finally getting our hands on the KULA coolers’ line was something we really needed to keep the torch going.

After realizing that most brands end up making similar coolers with nearly the exact same features, KULA decided that it’s time to make something better and more creative to make owning a portable cooler more fun and original.

Now the Softies are tougher than what their name indicates which I’m pretty sure I’ve pointed many times so far. KULA used Gatorhyde 840 Denier and Double TPU Coated Rip Stop Fabric to construct their soft coolers for maximum flexibility and durability.

The Softies’ bodies are also water and UV proof allowing you a lot more comfort and versatility using them in different environments.

The heavy duty softshell will guarantee you an ultimate protection for whatever you put in the cooler while it all remains light weight which is something a lot of you are looking for, hence; the soft cooler choice.

I’m not going to lie here; both the Softies, especially the gray ones; reminded me of Yeti’s soft coolers in a way; maybe it’s the color itself or maybe it’s the grids which to be fair are not only limited to Yeti. However, once you grab a Softy in your hands and sense the roundness you won’t be thinking about any other brand because there is no match to these KULA coolers. 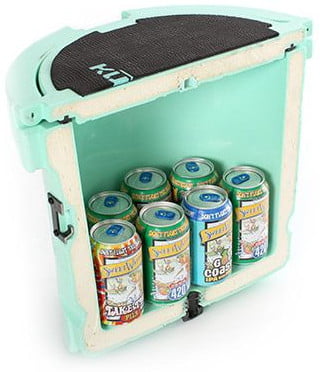 KULA made sure their coolers do not only look good and different but also perform as strong as the pioneering brands that you might all know. The hard KULA coolers are built with 3 inches of Badass® Insulation using EVA Foam to fill in the space between the plastic walls. The result is a super thick insulation with lasting ice retention ability that can last long enough for you to have a great whole day out without worrying about the cooler’s content.

What’s worth mentioning is that the KULA coolers’ lid is also injected with insulation foam just like the rest of their bodies. Thus, the insulation is whole and coherent for better and consistent ice retention.

The same thing can be said about KULA’s Softy coolers; they’re super practical with firm outer shell and pretty solid ice retention that can hold up very well throughout the day.

Starting up your day early in the morning with a Softy on your shoulder will probably leave you with a drink that’s still fresh at the bottom of your cooler. Being a friendly user will only increase and prolong your cooler’s chill, and by that we mean that you should try keep your cooler in the shade away from hot surfaces because factors like these contribute directly to any cooler’s performance be it soft or hard.

We were all eager to get here because this is where KULA seized an opportunity and used it to shine.

Without further ado, we’ll depict the most prominent and unique features to both hard and soft KULA coolers.

Now this is a tough question because a cooler this cool can be anyone’s cooler. KULA made these coolers for daily use and everyday’s adventures.
A biker, hiker or even a fisherman can pick either the hard or soft version to be their companion on a day out.

However, the fact that KULA’s hard coolers are Gator Proof was not random; a fisher or hunter is going to appreciate the toughness of these glowy babies. However, let’s be honest here, 5 gallons (20 qt) is not exactly what a heavy hunter could use. Also, thinking about long camping trips; KULA coolers can easily be put on the small cooler’s list which can’t be so appealing to anyone who’s planning a big camping journey.

Another question is who wouldn’t like to try and drink from the KULA 2.5’s tab directly? I know I would. This little guy is a great personal cooler that can also serve as a beverage dispenser in your backyard when hosting a BBQ with friends.

KULA Cooler Vs. Yeti: Which Is Better?

Being objective; Yeti has a coolers’ collection that’s very large with different sizes starting from a 20 qt cooler all the way to 350 qt and they all come in plenty of colors to choose from. KULA on the other hand has only 4 coolers in total as you’ve seen on this review but to be fair Yeti is quite an old name compared to KULA that just carved its way into the industry. 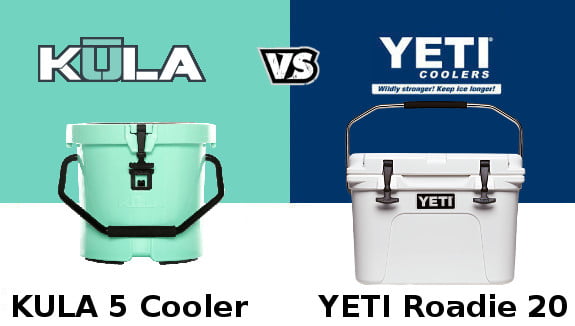 In terms of durability and design; both Yeti and KULA offer strong and reliable roto-molded coolers with similar insulation and ice retention quality. However; Yeti is Bear proof while KULA is Gator proof and here I’d like to remind you that the KULA coolers are the only products to ever get Gator certified by the Gator Proof Alliance.

KULA coolers are innovative, neatly designed and carefully built to meet the universal quality aspects of a good cooler which required a lot of effort and hard work to pull such an attractive and rigid line.

Anything beyond all that’s been said in this KULA coolers review is actually up to you to decide. If you’re looking for a small cooler and if you like the new glowy and round theme that KULA offers then you’ve got nothing to lose especially with the tap feature that we still can’t get over.